You are here: Home > Treble silver in Northern Indoors 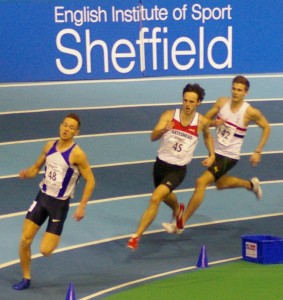 The Northern Indoor Championships at Sheffield provided Liverpool Pembroke Sefton with three runner-up medallists. Under 15 Joe Milton grows in stature and here ran a superb 200m in 23.95, co-incidentally taking him to second overall in the UK rankings. Adam Thompson replicated this performance collecting silver in the senior 400m with 49.67 behind training partner, Luke Edwards of the Sheffield club (49.02). To complete the trio Amelia McLaughlin recorded a U17 High Jump of 1.65m losing out on champion status only on count-back. There were two other finalists in the shape of U20 Andrew Williams(5th in 52.26) and Jesse Roberts(6th in 52.54). Results

Under 15 girls shine at Hyndburn

It was a difficult and muddy course for the fourth of the Mid-Lancs Cross Country League races at Hyndburn. There were many excellent performances for LPS athletes but the Under 15 girls caught the eye. Rosie Johnson put in another strong run finishing second to the Lancashire champion Grace Handley of Blackburn and the team back-up was immaculate with Anna Hulme(5), Corinne Molyneux(6) and Jessica Gonzalez-Green(15) plus Kate Croft(18) in reserve. The girls look set to collect the overall title at the end of the season.

Unusually the club had five Junior men on display competing within the senior race. Jai Vernon-McGuigan was a fine second and with Ben Costello(10) and Warren Turner(16) completed a neat 1-2-3 to take the U20 team race. However, the two performances that attracted the most praise were non-counters Rob Parkinson (64) and David Reece(97) both of whom probably put together the best cross country performances of their careers. There was only one U17 to complete, Jonathan Bride(16) but the U15s fielded five and came away with third team spot. They were Jack Crook(8), Daniel Wright(16), Chris Webber (22) and Joseph Chadderton (25). Max Cotterill (31) also supported. The U13 boys narrowly missed out on third team placing with Joe Martin(13), Michael Croft(18), Kieran Scillery (25) and Joe Marshall(34). At U11 Alex Dobrowski (22) had a promising run.

The Senior women were led as usual by a fiery Kirsty Longley(2) who never gave up trying to catch the winner. Toria Swift(33) had a strong run and with another good performance from Scarlett Collinson(38) the club emerged fifth team. Leia Bowes(44) and Vicki Jones(67) emphasised the growing strength of this age group.The Barnsley girls Megan(20) and Alex(23) loyally turned out for the club’s U13s. Results 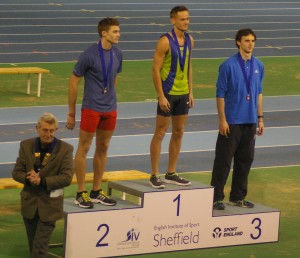