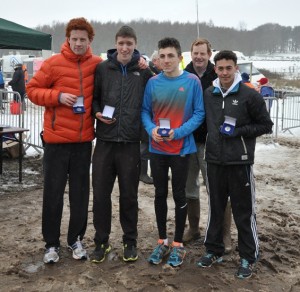 Knowsley Safari Park. It was a triumph of organisation for the Merseyside hosts, delivered in style. The venue, accessibility and organisation drew plaudits all round and only a handful of clubs failed to get there. From a Liverpool Pembroke Sefton point of view the Junior Under 20 Men was the most exciting race. The club was expected to medal but the competition was fierce and the team race see-sawed throughout. Both Toby Loveridge and Jai Vernon-McGuigan were quick to establish themselves in the leading group and were possibly astounded to find themselves in the company of W Ghebresilasie of Ethiopia, an Olympic finalist, running under the more prosaic colours of Sunderland Harriers. Ghebresilasie always looked the most likely winner but a battle was breaking out with Toby and Johnson of Gateshead, the latter having just the strength for the final push. With the individual bronze in the bag attention shifted to the fast finshing Jai who took sixth spot. It was, thereafter, all about team work with Gateshead, Sale and LPS in the mix. Ben Costello collected a useful 19th then apparently out of nowhere Warren Turner powered home. His elimination of another athlete in the closing stages proved critical. Gateshead had just clinched it with 50 points but Turner had gifted his club silver by one point over Sale on 57. A wonderfully competitive race with Lord Derby who presented the medals remarking how good it was to see a local club do so well.

The back up U20 squad was equally magnificent. Alistair Nelson(35), Kyle Nicholls(50) Sean Kirkbride(61) and Stuart Haw(63) would 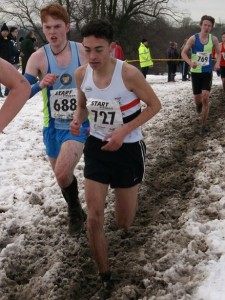 have been a decent enough quartet to grace any club but also in hand there were Rob Parkinson(70), David Reece(72) and Michael Wilson(73). An exhilirating occasion but one that tended to overshadow some other stirling performances. Under 13 Matt Richardson was 13th and looked at home in class company. He had Joel Wadsworth(72)and Kieran Scillery(107) on board but no other team mate to complete.  James Grundy found himself in a U17 solo finishing role but will reflect that 17th is a very decent thought to take home for a hot bath. The U15s, on the other hand completed with Ben Singleton(53), Jack Crook(99), Joseph Chadderton(138) and Max Cotterill(143). A 14th location in the whole of the North is quietly satisfying.

Among the younger girls U13 Morag Molyneux (22) was again impressive. Kia Cheetham(121) and Maddy Firth-Cook(126) were in support. The club`s U15 star Rosie Johnson clearly found the conditions unfavourable to her style and wound up in what for her will be a disappointing 22nd spot. Her team mates Anna Hulme(36), Corinne Molyneux(39) and Charlotte Mawdsley(62) gave Rosie solid assistance and all will reflect that 7th in the region is still pretty good. Ultra loyal Georgie Hannaway(86) was the club’s only U17 finisher.

The last events in the programme were the senior mens and womens races. As usual Kirsty Longley is afraid of nobody and fought through to 19th and possibly first in her O35 age group. Bua Kalisiram(116). Toria Swift(131) and Kirsty Mackenzie(134) made 14th team with Leia Bowes(137) almost in the frame herself. The LPS senior women are really on the up. A phalanx of vets made up the senior men`s contingent, Matt Thompson(200), Chris Pedder(250), Graham Cairns(305), Sammy Rashid(337) and Greg Callaghan(418) but sadly one short for the team sheet.  Results 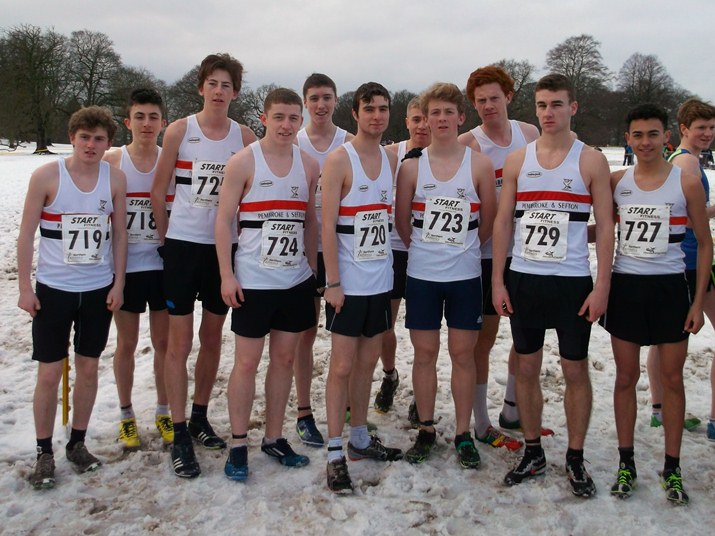