By Charles Gains on February 9, 2014 in Liv & District Cross Country, News
Liverpool Pembroke Sefton have had a lean time in the Liverpool and District Cross Country Championships in recent years. But as 16 senior men toed the starting line at Clarke Gardens it was obvious this would be an infinitely better occasion. Quickly to the fore was Ben Costello, a trainee chef who has to fit training around demanding hours. Running fluently he stayed in touch with the leaders and cruised home a fine fifth. If medals were to be had some excellent packing would be needed and this was instantly supplied in the shape of the talented trio of James Loftus(12), Warren Turner(13) and Ryan Blackwell(15). Eyes immediately went to the next two counters. An inspired performance came from Stu Haw(17) and a captain`s part was played out by Ian Roberts as he stormed home 18th.
This was surely a medal winning squad and so it turned out as LPS totaled 80 points to the winning Liverpool Harriers 42 but well clear of Southport Waterloo on 145. The `back-up boys’ of Mark Wynne(23), Sammy Rashid(29), Bernie Murphy(38), Graham Cairns(40), Chris Pedder(47), Rob Parkinson(55), Danny Gilbody(57), Robbie Wood(62), Kevin Carroll(73) and John Dobie(79) gave team management equally as much to smile about at the medal ceremony. L& D Champs Results 2014

The Mad Dog 10K at Southport attracted as usual a large field. The weather conditions were not conducive to fast times but this did not deter Kirsty Longley who took her usual 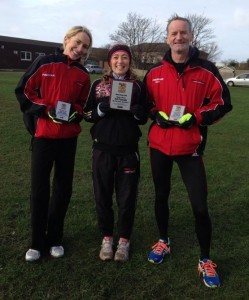 The Mid-Lancs Cross Country League is petering out as most titles have been decided. Only a scattering of LPS members went to Blackburn`s Witton Park. The best performances came from Daniel Slater second in the U 15 race with team mate, Matt Richardson(5) as usual in close attendance. Morag Molyneux was impressive in the parallel girls race finishing 3rd and she had Charlotte Mawdsley(8) and Jessica Gonzalez-Green(9) for company. At U 11 there was Isabel Fearon(20) and Imogen Fearon(40) and  Jake Dickinson(20) in his event. The U13 Girls race provided LPS with Fran Price(18) Annabel Nazer in 30th place and Katie Richardson(32) while the boys version had Tom Dickinson(16), Matt Slater(24) and Alex Laing(25), frustratingly one short of a team. Finally only Chris Webber(15) and Joe Chadderton(17) loyally appeared at Under 17. 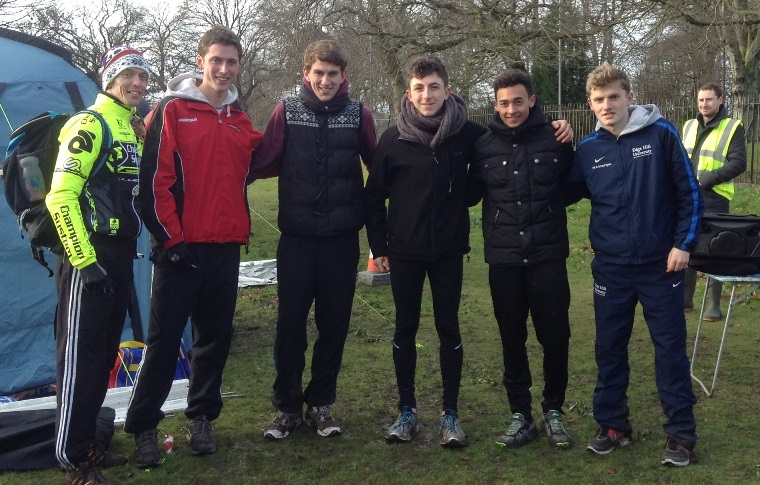