The final Mid-Lancs Cross Country League was run in splendid conditions at Kendal. The Liverpool Pembroke Sefton women`s team had to get a solid result to stay in the hunt for league medals. They did more than that with a terrific lead performance from Maxine Thompson who was 12th overall but first Under 20. Also running magnificently was Vicki Jones(22) and Kirsty McKenzie(27) . It was enough grit and determination to finish third on the day and third overall.

Also making her way gradually up the finishing lists is Under 15 Charlotte Mawdsley who was a highly creditable 4th. The other 5 LPS athletes who made the trip were Under 11 Jake Dickenson(29), the U13 Girls pairing of Alex(18) and Megan(19) Barnsley and the U13 Boys duo of Tom Dickinson(23) and Alex Laing(25).

The Halewood 5K attracted 5 club members. Lisa Gawthorne had an outstanding run to finish 28th overall and record a personal best of 19.00 to take the female category. She was to learn that her current performances have earned her a call-up for the county team in the forthcoming Inter-counties Cross Country Championships. She was preceded by Mark Wynne, however, who smashed his PB as well in finishing 7th and second in his grouping with an excellent 17.04. Robbie Wood(34) also had plenty to smile about as he was first O55 in 19.28, a course best performance on his 24th run at Halewood. He was closely followed by O50 John Halson (35) on 19.29 and a little while later by the first O65, the truly amazing John Dobie with 21.08. Halewood Results

Two club athletes appeared in the English Junior Indoor Championships at Sheffield. Morgan Greaves-Thomas was 5th in his heat of the U17 60m in 7.45 while Amelia McLaughlin`s leap of 1.69m in the U20 High Jump sufficed only for 5th on this occasion. 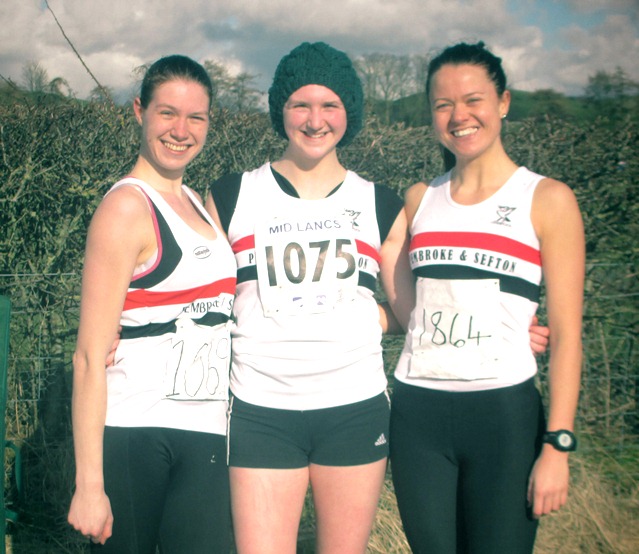