Ryelands park Lancaster was the setting for the final race in the Mid-lanc’s cross country league. Although conditions underfoot were firm it was extremely blustery. The focus was on the U15B team who knew that victory on the day would guarantee them the team title and they didn’t disappoint. With 4 of the team competing at the inter counties the remaining athletes stepped up to the mark, with Ross Harrison (3), Adam Jones (4)and Joe Martin(5) ensuring a comfortable victory on the day. Other athletes who competed were Jake Dickinson U11B(7),Natasha Johnson U13G(21), Tom Dickinson(4) & Alex Lang (11) ran in the U13B race, with Joe Chadderton (8)in U17M. Clare Constable (13) was the sole senior competitor

Over at Cofton Park, Birmingham, a number of club athletes represented Merseyside & Lancashire at the inter counties championships. It was another outstanding performance from Dan Slater who was always in contention in the U15B race before finishing 2nd to Zakariya Mahamed (Hampshire). In the same race Dan Jones was 53rd and Joe Deary 155th. Rosie Johnson was 17th and Anna Hulme 182nd at U17W level, Jonathon Bride (140)& Aaron Jarvis(154) competed in the junior men’s race,with Joe Houghton (244) U13B.At senior level Mark Wynne (271) and Lauren Wilson (193) completed the contingent of LPS athletes. 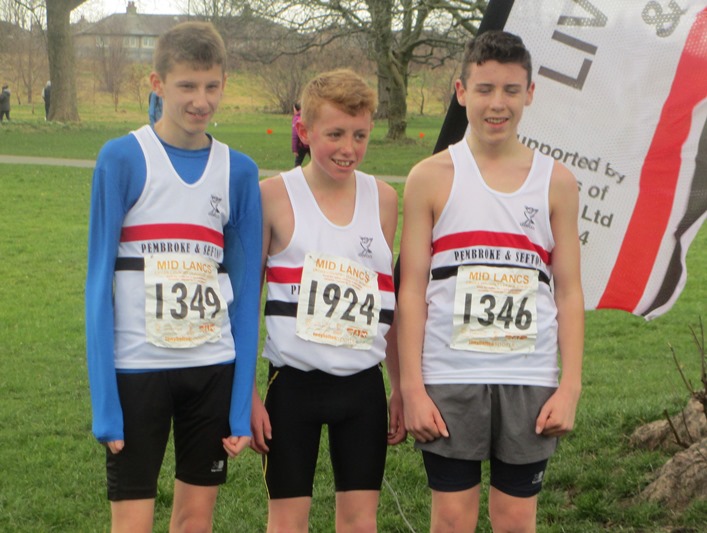