You are here: Home > Testing Conditions at Leigh

Freezing temperatures and muddy conditions greeted those athletes who ventured out to compete in the third Mid-Lancs race at Leigh Sports Village.
Kirsty Longley continued her fine run of form by winning the senior women’s race. She was well supported by Tiffany Penfold (8th and 2nd junior) and Maxine Thompson (13th) and their team score of 22 was sufficient to take the team title.
Tom Walsh improved on his position at Sefton Park by finishing 2nd in the U11 Boys race. With Isaac Dickinson in 10th and Evan Williams 21st the team finished 3rd and stayed in the hunt for the medals. Thomas Sleight(42) and Charlie Rotherham (52) made up the LPS contingent. The girls team could only manage 11th place, with Georgia Hurst(24), Eve Hannaway(40), Hannah Williamson(41) and Freya Ramsden(57)
There was a much improved performance from the U13B who were strengthened by 3 debutants in Gideon Lucas(11), Harry Wright(18) and Oscar Davidson(27). Adam Oakley, however, clinched the 3rd team spot(26) by 1 second and the team finished in 4th place. The club had enough runners in this age group to turn out 3 teams, with Nicholas Usher(30), Conor Kingan (33), James Roberts(35), Jack Hitchmougn(46), Patrick Hennigan(56), Daniel Rathbone(57) and Jake Ferreira(58) all making a contribution. The girls managed 6th place in the same age group, with Olivia Morgan the first counter home in 21st place. She was followed by Fiona Byrne who battled valiantly wearing only one shoe but still managed 29th place. Kate Sutcliffe(31), Emily Williamson(32), Kate Mullen(55) and Ruth Usher(63) were the other runners on the day.
The U15 Boys put in a fine team performance to finish 3rd with Oliver Sutcliffe(7), Fletcher Foster(9) and Jake Dickinson(1$) being the team counters. As with the U13B, there were sufficient runners to put out 3 teams in this age group. There was a fine run from Matthew Russo(25) and a return from injury from Mark Roberts(29). Three debutants also competed with Daniel Howells(33),Bill Steel(39) and Jared Nicholls(47). Thomas Ralfs in 40th place completed the LPS line up. The U15G couldn’t quite match the boys but still finished a creditable 5th. Jenny Williamson(19th), Pheobe Lucas(26) and Hannah Doyle (29) were the team scorers, closely followed by Freya Wisset(30) and Imogen Fearon(34).
There were no teams at U17 level, but Tom Dickinson(4) had a fine run in the boys event with Harriet Foley also running well to finish 7th in the girl’s race. With the majority of the senior men choosing to run at Beacon park in the L&D League, it was left to John Dickinson(114), Glenn Sherwin(131) and Daryl Mullen(145) to represent the seniors. All athletes can now focus on the county championships which take place at Witton Park (Lancashire) and Arrowe Park(Merseyside) on 6th January 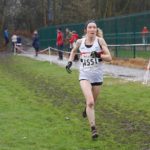 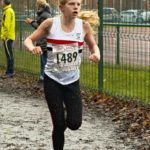 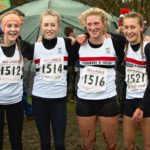 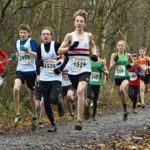 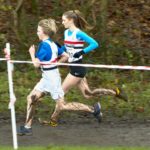 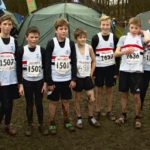 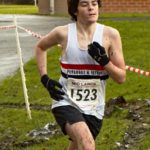 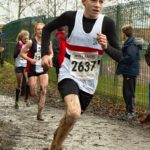