You are here: Home > Outstanding Run From Kirsty

There was an outstanding run from Kirsty Longley to win the women’s title at the Liverpool & District Cross Country Championships held at Clarke’s Gardens in Woolton. It was typical cross country weather with a mixture of strong winds, wintry sunshine and the odd outburst of hail stones. Conditions underfoot were heavy in parts of the course and tested the fitness of the runners over the 10K course.
Running with the men Kirsty (37.57) finished in 10th place overall out of 155 finishers, but her lead over the 2nd placed lady was an incredible eight minutes. Team captain, Mark Wynne, was the first LPS male runner home in 7th place (37.17), followed by Andy Foster (38), Bernie Murphy (39), Mike Gall (42) & Greg Callaghan (50) who packed well together. This gave a team score of 186 and 5th place overall. Other LPS runners who competed were Chris Pedder (54), John Halson (57), Graham Cairns (65), Steve Lennon (87), Robbie Wood (89), Sam Carr (101) & James Thompson (105). Results 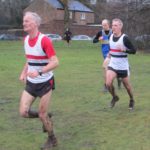 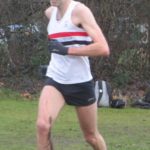 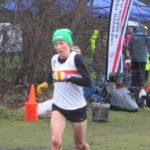 Clare Wins Master’s Title
Clare Constable travelled north of the border to compete in the Scottish Master’s Championships at the Emirates stadium in Glasgow. Competing as a veteran 45, Clare beat all her younger rivals to win the 800m title in a time of 2:25.32 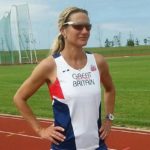 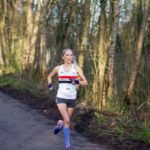 Lisa running strongly toward a season best at Halewood