Although the cross country season draws to a close in the coming weeks, there was still plenty to run for in the latest Mid-Lancs race, held at Ryelands Park in Lancaster. Conditions were ideally suited for cross country.
The best individual performances on the day were by Thomas Corlett who was 5th in the U17m race and Fiona Byrne (U13G) who had her best run of the season to finish in 8th place. The U13G team also finished in 8th place with support from Olivia Morgan (33), Emily Williamson (34), Chloe Bousfield (35), Cara Tamburro (45), Lucy Bousfield (52) & Ruth Usher (54). The U11G packed well together before finishing 20th (Hannah Williamson), 23rd (Eve )Hannaway ) and 25th (Amy English). Their 7th place finish puts them out of the medals contention.
The U11B team finished 6th, mainly due to a fine run from Ethan Tinsley (10), with back up from Nathan Naylor (19) & Lewis Tinsley who was 50th. They have now dropped down to 3rd in the league and will need a good performance in race 6 to retain their place in the medals.
No less than 19 LPS runners were on the start line for the combined U13B/U15G and both teams recorded 3rd place finishes. Adam Oakley had another fine run in the boys race with an 11th place finish, followed by Gideon Lucas(15), Nicholas Usher (18) and Connor Kingan (29). Conrad Lucas (38),Callum Hampton (39) & James Read (40) worked well together, with James Roberts (44), Jack Bousfield (45), Harry Corcoran (48), Daniel Rathbone (55) & Jake Ferreira (57), making up the rest of the club runners. Having moved up to fourth place in the league, all will now hinge on the final league race in Ullverston. The U15 girls’ performance in finishing 3rd, also means that they will go into the last race with 4 teams battling for the silver and bronze medals. Jenny Williamson was first home in 14th place, closely followed by Annabel Corlett (16). Third counter, Faye Hannaway (19) was just given the nod over Hannah Doyle (20), with both girls being awarded the same time. Phoebe Lucas (22), Freya Wissett (27) & Niamh Doyle (28) made up the LPS contingent. A similar performance in the last race will be needed to clinch a medal.
One medal that has already been claimed is the bronze for the U15 boys’ team. Tom Corcoran & Fletcher Foster worked well together to finish 8th & 9th but it was a dogged performance from Mark Roberts(15), who struggled throughout the race, who completed the team score. 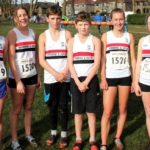 LPS under 15s Girls and Under 13 boys before the start 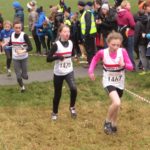 LPS Under 11s battle it out 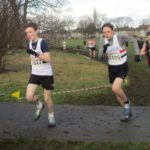 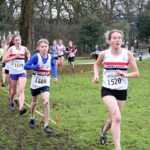 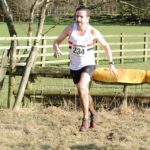 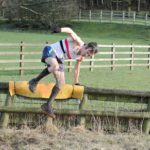 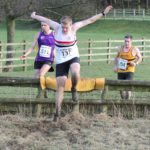 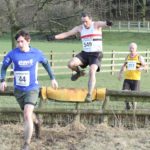 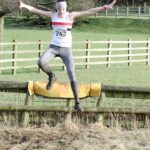 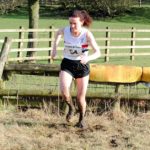 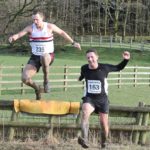 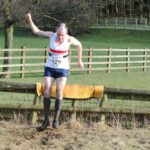 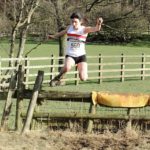