You are here: Home > LP&S have a field day at the ESSA Championships.

LP&S have a field day at the ESSA Championships.

Last weekend saw another successful English Schools Championships for LP&S athletes with six competing and once again some metal was brought home.

Pride of place goes to Kai Finch for his 2.04m PB in the senior boys high jump, good enough to earn him a silver medal. Backing him up in the inter boys was Owen Southern who was 8th with 1.84m and then in the junior age group Sandy Clarkson matched his PB of 1.75m for 11th. Determined not to let the boys have a monopoly Niamh Doyle also set a PB in the junior girls events of 1.61m for 6th place.

This is a fantastic testament to Dave McComb, there can’t be many coaches who had four athletes in different age groups for the same event. It is also worth emphasising his uncanny knack of getting athletes to produce PB’s on the big stage, a vital part of good coaching.

Also on the jumping stage, but horizontal this time, was Matt Ingram who claimed 5th place in the senior boys triple jump with 14.35m, only a few cm off a medal.

Not to let the jumpers have it all their own way, Bill Steel was 6th in the junior boys shot put with 12.70m. He has declared his intention next year to return for the javelin. 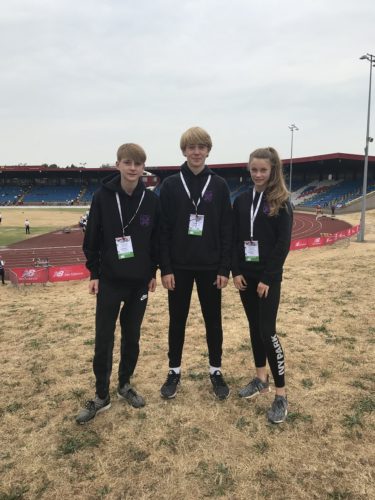 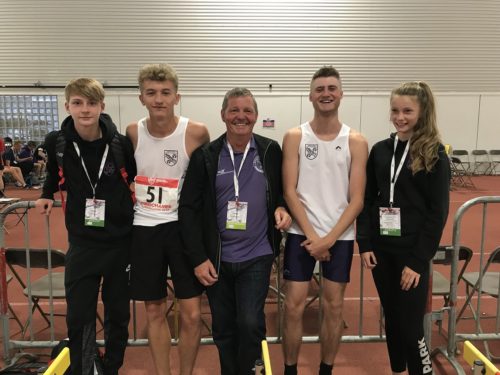 ← John McCarten on his way back
World duathlon champs →