You are here: Home > LPS dominate at Mid Lancs Meeting.

LPS dominated in the second Mid Lancs Meeting at Hynburn on the 4th May. There were magnificent wins in the senior men’s High Jump with Owen Southern and Tom Kwissa picking up victories. Super vets Tony O Brian and Paul Milburn doubled up in both the 800m and 1500m which placed them 5th and 6th, these guys are getting faster as the season progresses!

Dave Brown and Mark Crompton were strong contenders in the shot and discus, however the best performance was the javelin Dave Brown he threw a almighty 34.93 winning by a huge margin!

The women were out in force and noticeable performances were Erin Birchall winner of both the 100m and long jump, Debbie Campbell runner up in both the 3k and 1500m, what a season Debbie is having! Collecting useful point were Isabelle Livesley in the 300m and Jenny Williamson 800m.
Faye Hannaway was a runaway winner in the under 17 1500m with company in her age group from Martyha Simms winning the long jump.
Under 15 level Olivia Morgan and Lucy Bousfield were winners of the 100m heat 2 and 3. Ruth Usher and Millie O’Hanlon were top in the High Jump. Hannah Williamson won the 800m.

This fantastic turnout gave L’pool Pembroke Sefton 22.5 points so 6th in men and 21.5 points 5th in the ladies division 1.
We have 3 matches left with next one at Preston Arena on Sat 1st June!

Elsewhere track star Rosie Johnson showed her class once more at the prestigious BUCS championships in Bedford, finishing 2nd in the semi running a fine 2.10.68, she finished a fantastic 7th in final in 2.11.81, there will be more to come this season from the star!

In the Keswich Half marathon, Hilary Honeyball showed her strength on the hilly course in a strong 1.34.37 which was good enough to collect 1st V40 prize, this will give her confidence going into the Rock and roll marathon in Liverpool in May.

The trio of Andrew Foster, Ian Roberts and Sam Carr ran the Staveley 18k trail race and impressed with a 1,2,3. These guys are a force to be reckoned with!

Over a fantastic weekend of results and shows just shows the level of talent and commitment we have as a team.
The coaches should be so proud. 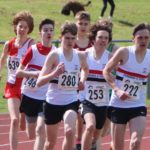 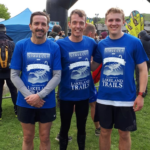 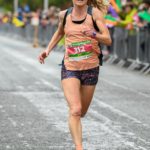 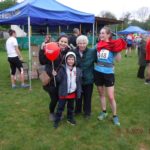