You are here: Home > Fabulous four at County Champs

Liverpool Pembroke Sefton faced the usual dilemma in the county cross country championships as the Merseysider half of the club headed for Stadt Moers Park while the Lancastrians treked to Blackburn.

The Merseysider had the better of the day on this occasion with four fabulous individual wins. A mini super star has emerged in the shape of Under 13 Kyle Robinson-Murray who was totally unfazed by the occasion dominating the opposition and even producing an electrifying finish. Daniel Slater(U15) matched this performance by stamping his brand of authority on a very respectable field. U17 Rosie Johnson’s formidable reputation preceded her as opponents rapidly conceded and her victory was a relaxed affair. The Senior Women`s race was always going to be a battle between LPS star Kirsty Longley and Liverpool Harriers talented Maria Barrett. For a while they were inseparable but sheer guts and determination told in the end as Longley strode to the gold medal. Critics of her prolific racing schedule may well have to re-think their opinions if it yields results as good as this.

A delighted Kirsty also led her colleagues up to collect the silver team medals. The back-up was in the shape of Lisa Gawthorne(13), Vicki Jones(14), Steph Barton(27) in her first championship appearance and Kirsty MacKenzie(28). This was the club`s only team success of the day. At U13 Girls Alex Barnsley(18), Megan Barnsley(19), Kate Richardson(28) and Charlotte Graham(32) collected fourth team spot. Matthew Slater(19) supported Kyle in the U13 race as did an impressive Matt Richardson(5) plus Joe Martin(20) in Daniel Slaters footprints. John Bride was a lone force in the U17 race but 8th is a healthy result. Warren Turner ran a good fourth spot in the Junior Race. It was left to six Senior Men most of whom were, they would concede, of  advanced age to ensure that the club did at least get a squad out. LPS is grateful to Bernie Murphy(53), Graham Cairns(56), Danny Gilbody(57), Greg Callaghan(66), Chris Pedder(83) and the ageless John Dobie(103) to complete in 8th position.  Merseyside Results
***Following the Merseyside Championships Rosie Johnson(Under 20) has been selected to represent the North at a UK Challenge Inter-area match at Cardiff  on Sunday 19th January.

Over at Witton Park although members were less successful there were still some excellent performances. Ben Singleton(8th U17), Jack Crook(10th 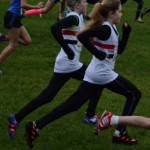 U15), Morag Molyneux(10th U15) and a delighted Maxine Thompson(5th U20) will all reflect on highly satisfying results given the strength of the fields. Others testing themselves in the first of the championships were, at U11, Isabel Fearon(18), Megan Lovatt(19), Imogen Fearon(35) and at U13 Rob Parkinson(21). Also in this age group Francesca Price(20), Mia Smith(22), Holly Rylance(42) and Maddie Firth-Cook(43) completed a team in 8th place. This was a feat also accomplished by the Girls U15 squad who had in addition to Morag Molyneux(10), Anna Hulme(13), Charlotte Mawdsley(20) and Jessica Gonzalez-Green(22) closing for a tantalising fourth position. A significant result came at Senior Women`s level where June Swift was 9th marginally taking her out of possible selection for the Inter-counties team but affirming her intentions for the rest of the season.Lancashire Results 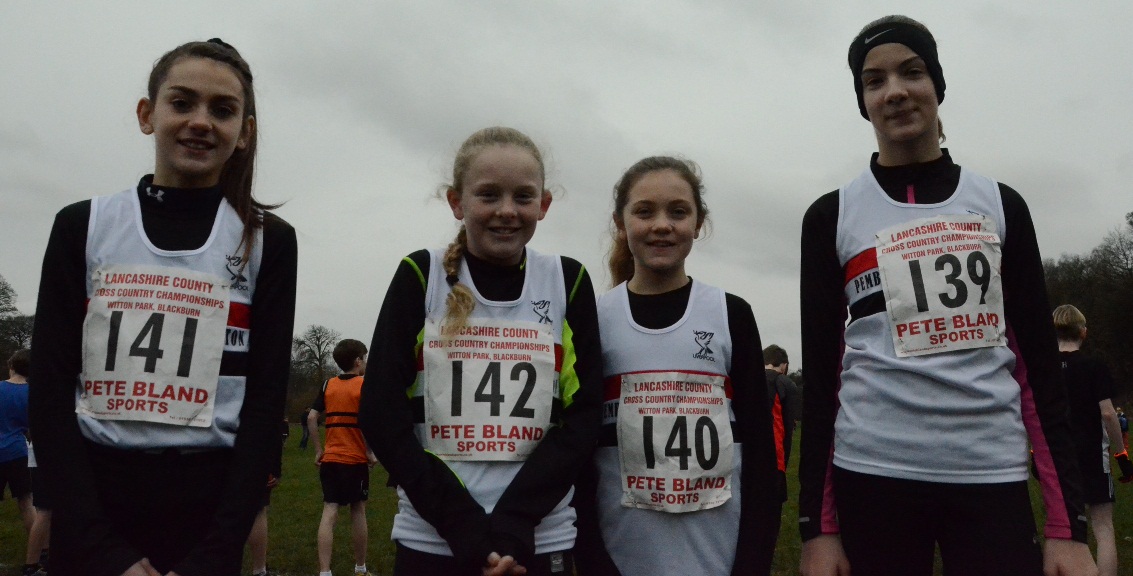