You are here: Home > Kai Finch moves up amongst the elite

Kai Finch moves up amongst the elite

The Mid-Lancs League Match at Litherland was virtually a home match for Liverpool Pembroke Sefton AC and was massively supported by the club. The were numerous excellent performances but the stand-out achievement has to be Under-15 Kai Finch who easily took the Under 15 High jump with a massive leap of 1.75m. This takes him into the top half dozen in the country in the current rankings and confirms a long time talent.

There is a huge amount of additional talent among the club`s Under 13s. Here, especially, Scarlet Whitfield made tremendous progress with a winning High Jump leap of 1.31m. Parents and coaches will now be trawling through these results weighing the number of personal bests achieved and the fractional effort many require to step up a grade. The combined efforts took the males to first in the team match and the third in the females. The next match is eagerly looked forward to.

Late news…after a check of results LPS were promoted to second in the previous Northern League Match. Zoe Tarrach emerged as the club`s best performer in the London Marathon with a 3.14 timing. Running in the Manchester 10K Greg Callaghan recorded a fine 36.54 to take second O50 Vet. It was his fastest time in 10 years!

Sandstone Challenge
The annual Sandstone Challenge was held on Saturday 9th May and three club members John Halson, Robbie Wood and John Dobie took part in this 35 mile event, the challenge starts in Whitchurch Shropshire and finishes at Frodsham in Cheshire. The course follows the Sandstone trail and takes in 3,700 feet of climbing during the route, less than 5% of the route is on the road most of it is footpaths with lots of stiles and kissing gates to negotiate along the way. In terms of how long it will take you to complete your looking at maybe just less than a double marathon. The heavy rain in the previous days had made the course slippy in parts but that all adds to the challenge.
Keeping to their game plan the three reached halfway with a projected finishing time of 6 hours 30ish however they upped the pace in the final couple of hours and John Halson was first of the three to finish in 6.12 followed by Robbie in 6.16 and a youthful 68 year old John Dobie closed in 6.55. not bad when you consider we had an aggregate age of 180!!! 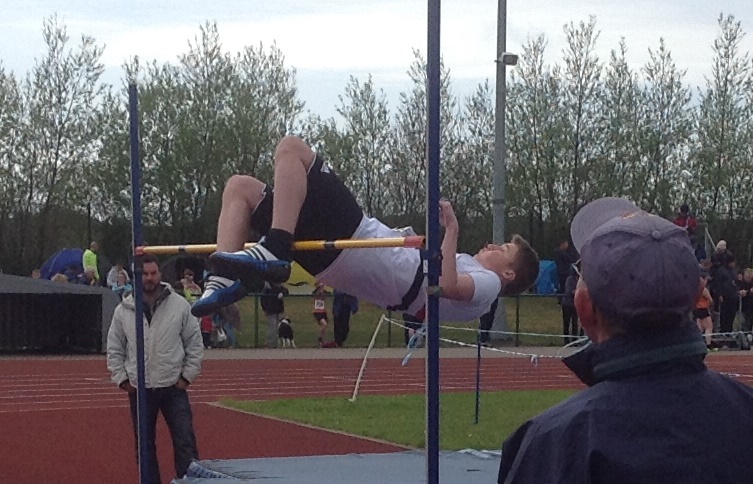 ← Late surge at Wavertree takes LPS to third
Straight to the top again for Rosie! →