You are here: Home > Late surge at Wavertree takes LPS to third

Long time residents of Division 2W of the Northern Track and Field League, Liverpool Pembroke Sefton will confirm that it is tough league with currently strong in-depth clubs like Liverpool Harriers, an Isle of Man squad and West Cheshire AC. Together with newly promoted St Helens and Rossendale Harriers LPS were expected to make their usual hesitant start before a traditional rescue operation in the last of the four matches. For about an hour or so this looked like repeating itself with the Edge Hill University based side stumbling about and trailing the field. Then miraculously the tide turned not just with club stars doing the business but numerous others covering events and digging deep for more minor positions but valuable points. The club crept from sixth to fifth and then fourth. At this point team management would have settled for a decent day but the surge continued and by the narrowest of margins, one point, the club collected not only third spot but had substantially narrowed the gap on the two leading clubs, Liverpool Harriers and the Isle of Man.

Club stars took their events with aplomb, Harry Doran(800m in 1.57.3), Danny Higham(400m in 49.4), Rosie Johnson(1500m in 4.29.8) and Amelia McLaughlin(High Jump with 1.60m). But there were other courageous stories led, naturally, by Kirsty Longley who had earlier in the day triumphed in the Sefton Park Spring 10K and here running for points an 800m but more importantly a fighting 3000m in which she was second(11.03.4). Among the women several were doubling up. Emma Givens recorded a personal best whilst collecting third in the 100m with 13.5 and held a similar position in the 200m with 28.8. Clare Constable proved a substantial back up to Rosie Johnson by taking the B 1500m race in 5.16.8. Hannah Wills was a similar support act to Amelia McLaughlin with a 1.45m High Jump. In the field Jenny Pyatt captured a string of runner up positions in the Discus(35.95m), Javelin(30.04m) and Shot(9.43m). But there was still serious work going on in other minor positions with Annabelle Cook, Vicki Jones, Charlotte Mawdsley, Lisa Gawthorne, Emily Carr plus Lauren Wilson helping out in the relays.

The male sprinters were prolific in addition to Danny Higham. Adam Thomson, Wayne Ashall and Luke Edwards all placed well but were stunning as a combined force in both relays taking both the 4 x 100m and 4 x 400m with ease. The busy bees elsewhere included Paul Milburn who was second in the 110m Hurdles in 20.8 and third in the 400m with 65.5 together with a volunteer run in the 800m for points. At 5000m both James Loftus(3rd in the A race with 16.06.3) and Alistair Nelson(second in the B race) excelled while Matt Thompson was quietly satisfied with his second in the B 400m hurdles(65.2) and fourth in the Steeplechase with 12.10.5). Jack Crook(6th in the A 1500m in 4.25.3) and Mark Wynne (4th in the B with 4.35.3) dug deep. In the field Dave Brown will probably be most satisfied with his 10.83 Shot Putt to add to other good throws. Chris Arnold was second in the Discus(37.34m). Dominic O`Hanlon had a very useful 5.82m Long Jump to collect second. Together with Wayne Ashall they both did well as volunteer High Jumpers each clearing 1.65m. Mark Line had a good Pole Vault(2.80m for third) to add to other successes.

At the British University Championships at Bedford LPS representatives did not survive their heats but had satisfying results. Jesse Roberts(53.45) and Andrew Williams(51.72) went at 400m and Kyle Nicholls attempted his first serious 3K Steeplechase(10.40.24), Aaron Houseman ran 4.33.37 in the 1500m. 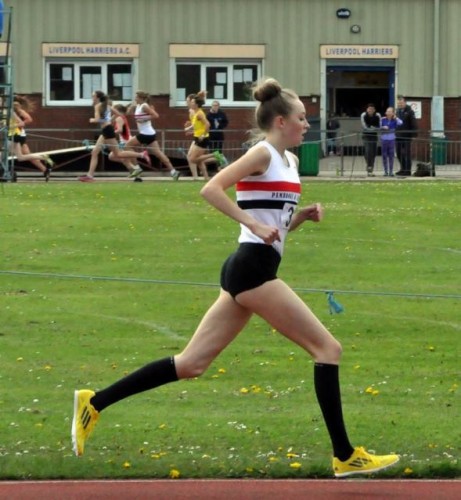 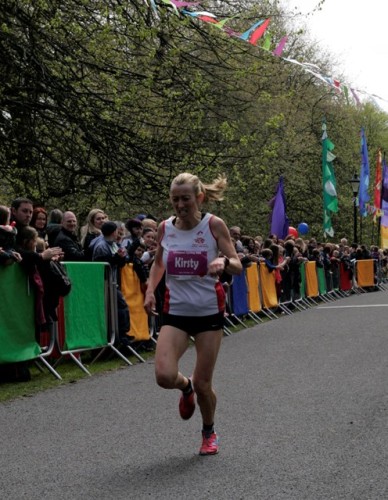 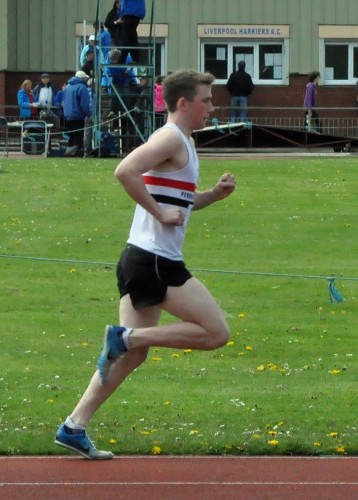 ← The courage of Kirsty
Kai Finch moves up amongst the elite →