You are here: Home > Amelia is the EA Senior High Jump Champion.

After the disappointment of finishing second at the English schools championships last month, Amelia Jennings-McLaughlin has won the England Athletics Senior High Jump Championships at Bedford with a leap of 1.77m. All the hard work with coach, Sue Moncrief, has paid off and Amelia has become the club’s first senior EA champion for many years.

Boys lead the way at Hyndburn

Over in Stockholm, Michael Rimmer continued his run of good form in the latest Diamond League meeting. It needed another very determined effort over the last 50 metres to secure 3rd place in a photo finish in a time of 1:45.97 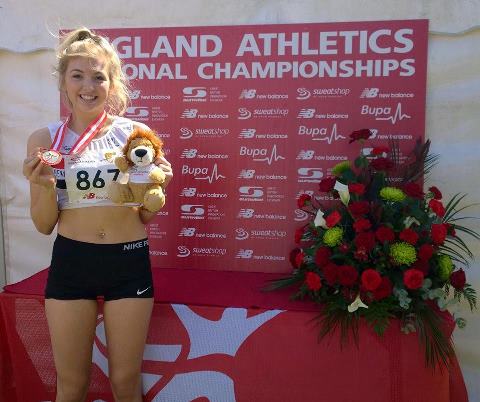