You are here: Home > The sun shines on LPS

The sun shines on LPS

It was a glorious summer’s day when LPS competed in their third Northern League fixture at Longford Park in Stretford on Sunday. There was a welcome return to competition for both Charlotte Christian who wonthe ‘B’ Hammer (24.53m) & Discus (19.69m)and Ruth Doran who won the Shot(10.10m). They were well supported in the throws department by Rachel Hutchinson who won the ‘B’ Shot (8.12m)& Alex Bunclark who won the ‘B’ Javelin (20.32m).Tessa Robinson was dominant in the 3K winning in 10;18.9 and followed this with second place in the 1500m (4:58.8) while Lucy Townson continues to improve with second place in both 400m(62.7)& 400m hurdles(72.6)

The men secured first place in the ‘A’ & ‘B’ High Jump with Kai Finch (1.90m) edging out Billy Williams (1.80m).They did likewise in the 800m with Luke Edwards making his club debut in this event winning in 1:56.9 with Jonathon Bride winning the ‘B’ (1:59.1 )There were valuable contributions from the ‘vets’ with Gary Ireland & Dave Brown in the throws, Matt Thompson in the 400m hurdles & steeplechase and captain Mark Wynne with a storming finish to win the ‘B’ 5K (16:21.3). Danny Higham again showed his consistency by winning the 400m (49.1)& 2nd in 100m (11.2)& there was a welcome return for Wayne Ashall who won the 200m ‘B’. Trailing Team Isle of Man by 2 points with the final relay to go, the men’s 4x400m quartet put in an outstanding performance to win (3:20.6)and clinch second place on the day behind the winners Sale Harriers. Overall this was an excellent team performance. 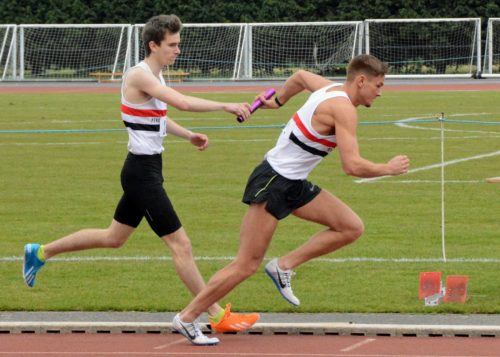 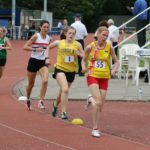 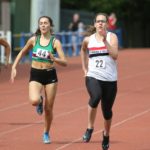 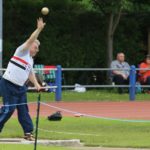 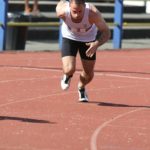 After his disappointment in the British Championships last weekend, Michael Rimmer was back with a vengeance in Barcelona on Thursday winning his 800m race in 1:44.93.This was his fastest time since 2012
and will now give the selectors a headache before they choose the Team GB for Rio.

Dan off to Hungary
Dan Slater won the GB Triathlon Youth European qualifier and is off to Hungary for 10 days to train and compete as part of a team of 8…4 Boys and 4 Girls, with Team GB

Alderley Edge Run the By-Pass 5 miler
Congratulations to LPS stalwart Kirsty Longley the winning lady at the bypass 5  on 3rd July in a time of 29:12. Great running and winner of the ladies Tag Heuer watch.
Super-vet Greg Callaghan has set himself the challenge of runningtwelve 10K road races in 12 months. So far he has collected six, all under 39 minutes with his best at Port Sunlight(38.14) 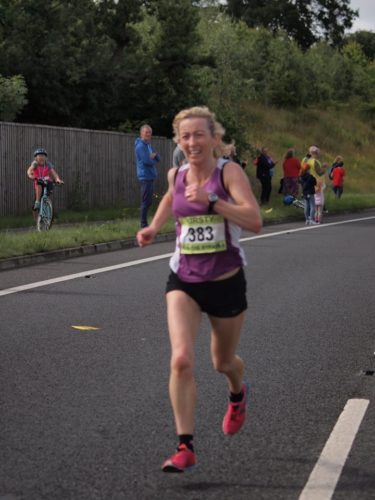 Kirsty on route to victory