You are here: Home > Big turn out of youngsters at Sefton Park

Big turn out of youngsters at Sefton Park

The annual Liverpool Cross Challenge and European Trials at Sefton Park is a joyous cross country celebration bringing to together the best in the country. Liverpool Pembroke Sefton youngsters took advantage of the occasion to show in force as their Mid-Lancs League was incorporated in the various races.
The Under 11’s started in a heavy mist, which was to lift later in the day, and the Bousfield sisters Lucy(34) and Chloe(36) both showed well. Six boys competed with James Read(23) looking particularly good followed by Josh Price(33), James Roberts(39) Jack Vose(42) Isaac Dickinson(51) and Joe Paxton(56).
There was a terrific turn out of U13`s with Faye Hannaway(62) to the fore plus Gabby Morris(66), Emily Williamson(71), Fiona Byrne(96), Imogen Fearon(103), Kate Mullen(116), Freya Wissett(119), Kate Sutcliffe(127), Kate Usher(133) and Beth Yarwood(138). Not to be outdone the Boys were also there in strength led by an impressive Mark Roberts(33), then Jake Dickinson(61), Nicholas Usher(96), Thomas Ralfs(101), Jack Hitchmough(129), Jake Ferriera(137), Ethan Edwards(140), Patrick Hennegan(142), Sean French(150), Matthew French(155) and Daniel Rathbone(156). Coach Karyn Hannaway has done a great job in enthusing this next generation of runners.
At U15 first in was Jennifer Williamson(86) followed by Annabel Corlett(103), Amelia Hitchmough(106), Isabel Fearon(117), Rachel Sutter(122) and Jennifer Sutter(124). There was another eye-catching run for the Boys from Tom Dickinson(35) and he had a further six team mates in tow, Tom Hankin(87), Foster Fletcher(89), Tom Corcoran(90), Oliver Sutcliffe(95), Matt Russo(112) and Joe Houghton(139).
The U17 Women completed a team of three, Morag Williamson(64), Flossie Dickinson(74) and Alex Bunclark(78). The U17 Men are arguably the strongest contingent currently and while not even at full strength Dan Jones(52) put in a great performance closely followed by Ross Harrison, Joe Gordon(76), James Metcalfe, Glenn Sherwin(106) and Tom Corlett(123). For the Senior Women Kirsty Longley(72) was in fine fighting form as was Helen Sahgal(96) and Vicky Jones(137). The Mid-Lancs team results are delayed.
The Senior men showed with 12 runners but with several notable absentees. In the Liverpool and District League race Richard Weeks(19) continues to look good, Mark Wynne(25) fought hard as usual and Sean Kirkbride(34) was strong. John Halson(61) is a reliable support colleague and with Danny Gilbody(64) and another loyal member, Chris Pedder(73) the club closed in. In spite of their efforts this will be another weak team result, largely down to the `missing’. The back up squad of Sammy Rashid(84), Robbie Wood(93), John Dickinson(108), Mark Hudson(119) and Andrew Conway(145) are to be congratulated. The last word though went to the remarkable John Dobie(158) who celebrated his 70th birthday in style. There were scores of runners behind him. A fine example of dedication and commitment.
Charles Gains 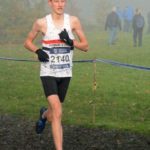 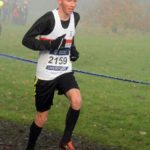 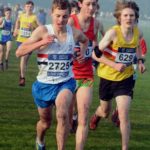 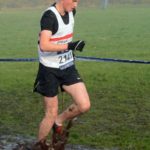 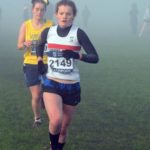 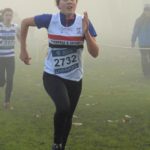 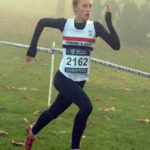 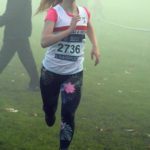 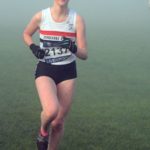 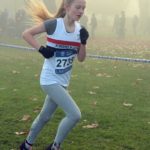 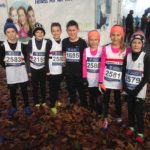 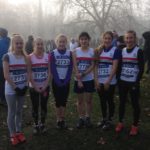