You are here: Home > All eyes on Milburn & Conway

All eyes on Milburn & Conway

Whilst the eyes of the sporting world watched on in unified celebration with two feats of greatness over the marathon distance with Eluid Kipchoge entering the immortal running folklore alongside Roger Bannister followed by the long standing womens record broken the following day by Kenya’s rising star Brigid Kosgei at the 2019 Chicago marathon. At the same event could be found one of LPS’ more low profile personalities, Paul Milburn, who having had a strong year on the track at 1500 and 3km, enjoyed a first forray into the marathon distance races. With other LPS members enjoying successful marathon debuts earlier in 2019, Paul was not to be outdone, recording a brilliant time of 2:54:50, proving to be very capable, comfortable and judging from the race images we’ve seen so far, happy over the longer distance. 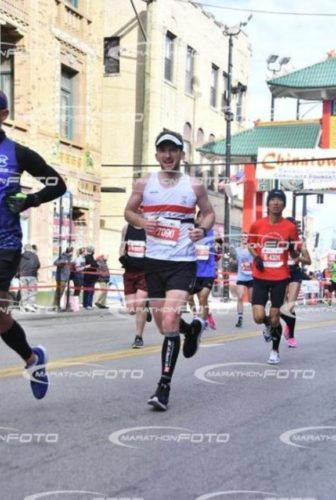 This weekend also drew the winter season opener for the senior athletes with the Liverpool & District cross country at Sherdley Park in St.Helens. The late course changes required after a notably wet summer and damages remaining from recent events held on the fields threw most of the athletes into a much tougher (and muddier) version of the already difficult ‘undulating’ course but LPS’ sole representative Andrew Conway proved to have that steely determination and self focus that cross-country demands, even in the unexpected mini heat wave of 22’c, to take 5th in the Vet50 category with a very respectable 45:31. 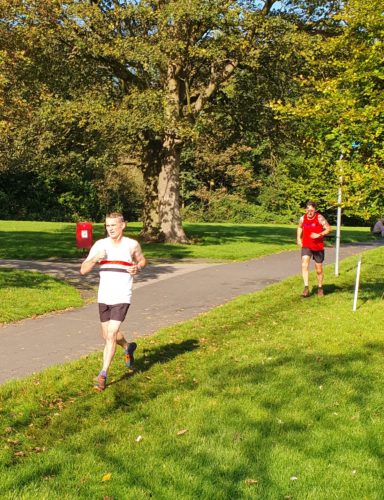 With the clubs home ParkRun cancelled at Edge Hill University due to the large attendances at an Openday, LPS athletes scattered around to support the other local events including;