You are here: Home > County pride

The Inter-counties Cross Country Championships were once again held at Prestwold Hall, Loughborough. The course was undulating and good underfoot although the windy conditions were not entirely helpful. Liverpool Pembroke Sefton Harrier`s representatives were spread over three counties and abundantly demonstrated their selections.

Early up Tiffany Penfold, unable to run in the Under 20 event, contested the Senior Women`s race over 10K. As this was also the selection race for the World Championships it was fiercely contested. Her first taste of competition at this level left Tiffany unfazed and she finished a highly respectable 20th and first home for her native Cumbria. Being first home for your county became a feature of the LPS afternoon and Kirsty Longley in the same contest finished 47th, first woman home for Merseyside.

In the Senior Men`s race over the same course Chris Maher continued this trajectory with a great 138th spot and, yet again, a first home for Merseyside. Mark Wynne also posted a fine 227th and counting team member for the local boys. In the Junior Men`s race Ross Harrison(56) was second for Lancashire with team mate Adam Jones on 98th and Joe Niven(Mersey) on 140th.

The firsts continued as Jenny Williamson(144) lead in the Merseyside U17 squad. Elsewhere Under 15 Jake Dickinson(68) was second home for Lancashire although losing a shoe early onbut continuing courageously. Michael Henderson(Lancs) was 199th and Tom Corcoran(Mersey) 245th. At Under 13 James Read(Mersey) was 203rd.

There is still something special about pulling on a vest for your county and it was a day that will be remembered by the LPS contingent. 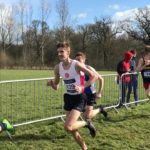 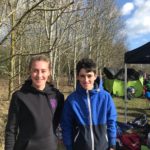 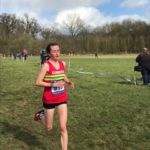 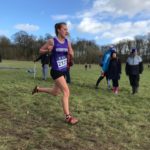 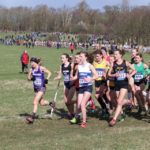 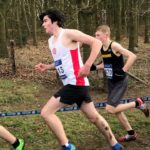