You are here: Home > Mud Dominates at Cuerden Valley.

A record number (53) of Liverpool Pembroke athletes made the short journey to Cuerden Valley Park to compete in the opening fixture of the Mid Lancs Cross Country League. This is a true cross country course with varying slopes, plenty of mud and even a couple of river crossings.
The best individual performance of the day came from Ross Harrison who was 2nd and closely followed by Tom Dickinson in 5th. Thomas Corlett finished 16th to ensure the club had a team score to finish in 3rd place.
The best team performance came from the U11 Boys who finished 2nd behind Blackburn Harriers. Debutant, Nathan Naylor, was the first home in 10th place, but the others packed well with Evan Williams 12th, Ethan Tinsley 13th & Charlie Rotherham 16th. The U11 girls also ran well as a team with Amy English (12), Hannah Williamson (14), Georgia Hurst (15) & Eve Hannaway (17) to finish as 4th team.
The U13’s were certainly out in force with 10 girls running and 9 boys. The girls were 3rd team overall and were led home by Fiona Byrne in 9th place followed by Olivia Morgan(19), Emily Williamson(20),Kate Mullen(23), Kate Sutcliffe(24),Chloe Bousfield(28), Lucy Bousfield(34), Ruth Usher(42), Cara Tamburro (43) & Isabelle Starr(56). Sixth place was the best the boys could manage with James Read(21) & Jack Hitchmough(26) their best performers, followed by Jack Bousfield(35), Jack Vose(42), James Roberts(43), Harry Corcoran(45), Arthur Yates(53), Daniel Rathbone (54) & Jake Ferreira(55).
At U15 level, there was an excellent run from Oliver Sutcliffe who made a late run through the field to finish 6th, with team mate Tom Corcoran in 10th. On the other hand the girls managed to complete 2 teams. Well led by Jenny Williamson (11) they found the competition strong & although Faye Hannaway was 16th & Niamh Doyle 19th it was only good enough for 6th place. They were backed up by Annabelle Corlett (21), Hannah Doyle(25), Freya Wissett(28) & Connie Roberts(37).
At Under 20 level there was an excellent run from newcomer Tiffany Penfold who finished 2nd but also 4th overall in the senior women’s race, while Glenn Sherwin came a creditable 8th in the junior men’s race. The senior men’s race was mainly left to the veterans to do battle & they finished as 15th team. Captain, Mark Wynne was 32nd, with Danny Gilbody(66), John Dickinson(115),Mark Hudson(163) & Mark Bleasdale (215). They also claimed 9th place in the Over 50 division.
Harriet Foley (8) & Amelia Hitchmough ran well at U17 level while the senior women finished in 4th place thanks to Maxine Thompson(14), Clare Constable(18), & Victoria Gilbody(23)
There was a great atmosphere amongst the younger age groups who all ran well as teams & looked to have taken a fair amount of the mud home with them. 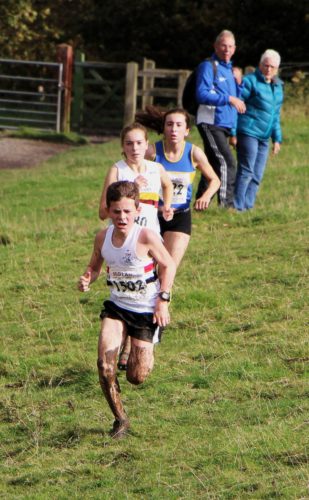 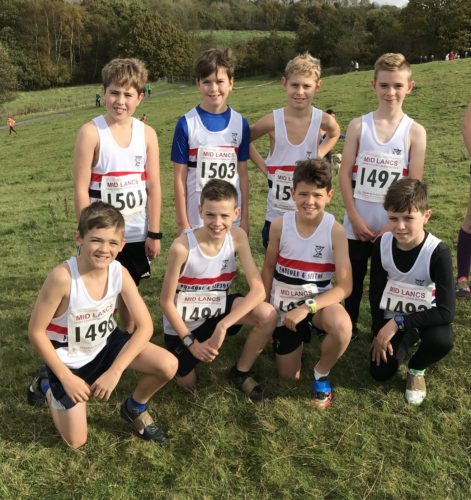 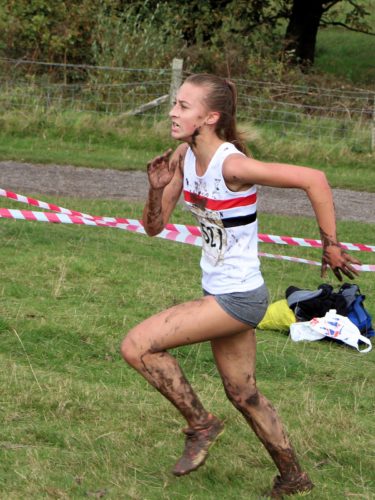 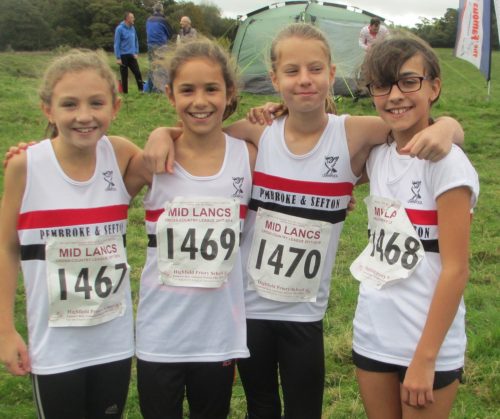 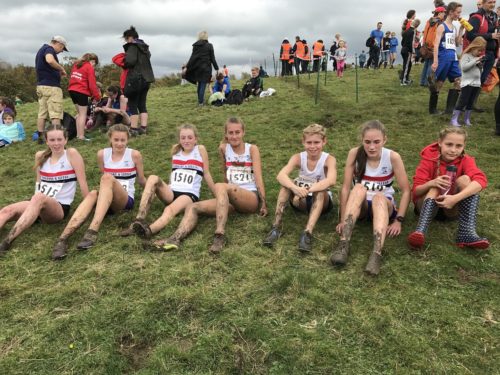 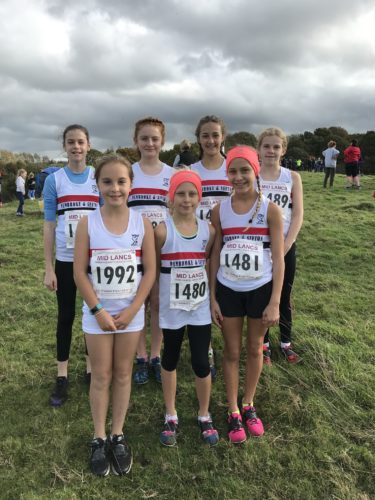