You are here: Home > Outstanding performance from our senior women

Outstanding performance from our senior women

The first of the autumn relays began at Delamere Forest on Saturday with the North West Road Relays. Hilary Honeyball led the senior women’s team off coming home in 20th place (26.06), before Loughborough student, Rosie Johnson, took over on leg 2. Rosie soon began to catch the runners ahead of her & her time of 23.31 was good enough to bring the team home in 6th place. Team captain, Kirsty Longley is always up for a challenge and she ran the third fastest time of the day (22.56) to catch all bar the runner from Leigh Harriers. To claim a silver medal from 58 teams was an outstanding team performance. Vicky Gilbody (25.54) & Harriet Foley (27.06) also ran. In addition they easily won the Merseyside event which was incorporated within the north west event. A day later, Kirsty had enough energy to win the Salford Quays 10k on the Sunday (35.30) finishing 12th overall, but first lady by over 5 mins.
The event was held in constant rain, but it didn’t deter the U15 Boys who claimed two team medals. The trio of Mark Roberts (11.20), Se Loughlin (12.08) and Jake Dickinson (10.30) led from start to finish and claimed the Lancashire title, with Jake running the fastest individual leg. Daniel Rathbone, Jake Ferriera & Nicholas Usher finished just outside the medals in 4th place. The Merseyside team were led off by Oscar Davidson (11.36) who brought the team home in 5th place and although they dropped to 6th on leg 2 with Gideon Lucas (12.01) an excellent run from Michael Henderson on leg 3 (11.26) brought the team home in 3rd place. The U15G trio of Freya Wissett, Ruth Usher & Olivia Morgan finished 5th in the Lancashire event, while Cara Tamburro, Grace Selby & Emily Williamson were 7th in the Merseyside event
Jack Stanton had one of the fastest times of the day (12.14) in the U13 age group as he came home in second place, before Evan Williams & Nathan Naylor who both ran 13.05 claimed the bronze medal in the Merseyside event. The trio of Thomas Sleight, Conrad Lucas & James Read were further back in 6th place, while Zac Dickinson, Sam Connor & James Roberts also finished 6th in the Lancashire event. The girls too had to settle for 6th place thanks to Alicia Woods, Hannah Williamson & Chloe Bousfield . Jenny Williamson put in one of the best individual performances of the day in the U17W event (13.120, but with only Phoebe Lucas for company, they finished one short of a team.
The senior men managed to put out five teams, with the Lancashire quartet of Ross Harrison (21.01), Luke Edwards (21.08), Dan Jones (21.29) & Adam Jones (22.28) narrowly missing out on a medal, as they finished 4th in a high quality Lancashire event. Their time would have got them a silver medal in the Merseyside event. Andy Foster, Richard Weeks, Mike Gall & Richard Beesley finished 10th in the same event. Team captain, Mark Wynne (21.02) led the Merseyside team off in 5th place, while Jonathon Bride (21.59), Bernie Murphy (23.10) & Harry Doran(23.27) maintained the momentum to retain 5th place in the Merseyside event. Greg Callaghan, Paul Milburn, Danny Gilbody and Phil Macdonald finished 9th in the Merseyside event, while Kyle Nicholls, Mark Hudson, John Dickinson & Andy Conway competed as a mixed team. Full results can be found on the SportSoft website. Results
Attention now turns to the Northern relays, to be held on Sunday 23rd September around the Etihad stadium & Sport City in Manchester 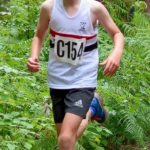 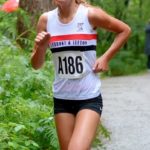 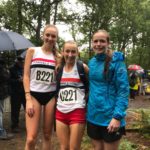 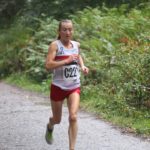 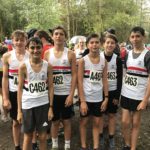 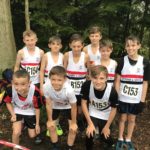 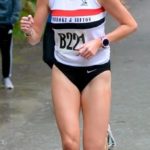 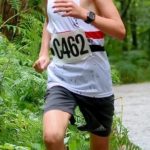