You are here: Home > Chris and Tiff star at Arrowe Park

The cross country season got off for Liverpool Pembroke and Sefton harriers to an extremely wet and wind swept start. The senior men and women were partaking in the Liverpool and District League at Arrowe Park while the rest of the club made the long trip to Ulverston for a Mid Lancs League fixture.

At the Merseyside venue although conditions were poor the course was runnable underfoot and produced some fine performances. New member Chris Maher led the charge and some fearless running carried him to fifth. In close attendance was captain Mark Wynne(8) and young Ross Harrison(11) labouring slightly after some mid-week efforts. He will improve even further as the season progresses. A brilliant start to the race.

But more was to come. Tiffany Penfold, surely a star of the future, slipped effortlessly through to 16th, easily the first female and startling a lot of men in the process. An improving Richard Weeks(18) and resurgent Ian Roberts(22) completed a team total that carried LPS to second spot behind Liverpool Harriers.

Under the guidance of coach Mark Bleasdale team spirit is abundant these days and there was no surprise at the back up of Bernie Murphy(27), Harry Doran(35), Paul Milburn(36), Phil McDonald(37), Mike Gall(41) and Danny Gilbody(46). Also showing fighting spirit were Lee Anderton(55), the diminutive but determined Debbie Campbell(65), Robbie Wood(68), ChrisPedder(71) and Andrew Conway(105). Even super-Vet Richie Webster(133) completed with a smile or it might have been a grimace. A very successful day.

If anything conditions were worse at Ulverston but there was an astonishing turn out of members, almost 30 braving the conditions. Best performance probably came from Jake Dickinson fifth in the U15 race and with the support of Michael Henderson(10) and Se Loughlin(14) securing second team spot. The U13 Boys were led by James Read(11) and with Isaac Dickinson(14) and James Gardner(15) additionally took second place. Also figuring prominently were U11 Eva Hannaway(14), U13 Alicia Woods(15), U15 Faye Hannaway(10) who together with Emily Williamson(13) and Cara Tamburo(20) almost snatched third team place. Phoebe Lucas(7), and Bethany Swift(10) were just one counter short of taking the U17 race.

The best of the U11 Boys was U11 Asgar Anderson, U17 Fletcher Foster(20) and an excellent Thomas Corlett fourth among the U20s. In terms of turnout and attitude another splendid occasion and tribute to the team of coaches and parents supporting Junior members. 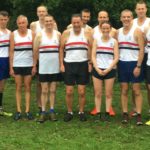 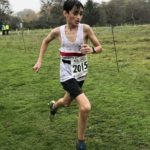 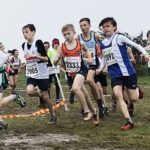 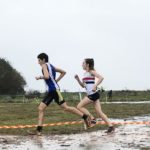 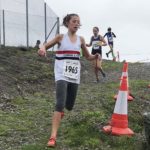